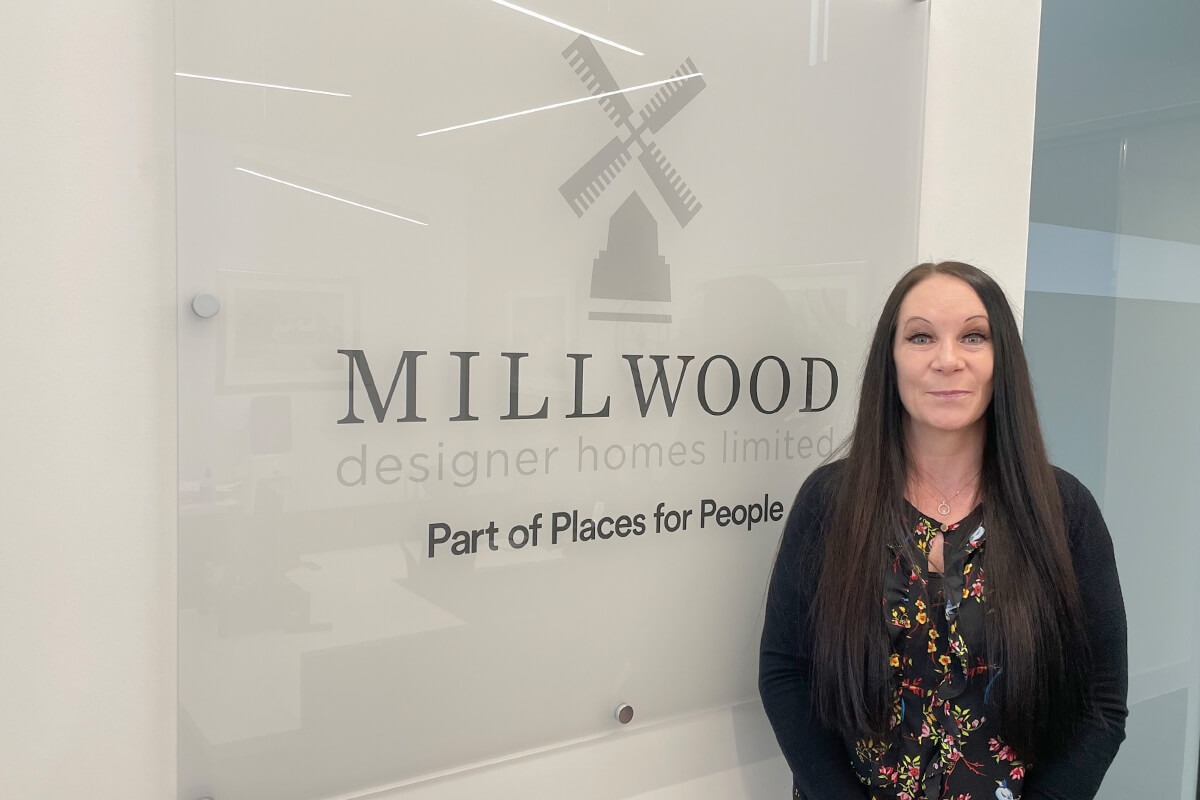 In new figures released by FTSE Women Leaders Review, 40% of professional board positions are now held by women, compared to just 12.5% ten years ago. An industry that has been largely male-dominated in the past is the construction sector. In celebration of International Women’s, Jo Johnston – one of the longest serving staff members at Millwood Designer Homes – explains more about her job role, and how she has seen a positive uplift in the number of women working in construction-led roles since she first started at Millwood 24 years ago.

Now a Sales and Specification Co-Ordinator, Jo first started working at Millwood in 1998 as a receptionist, after leaving her job at a heating engineer firm. She comments: “I didn’t have much experience working in the industry when I initially applied for the job, so I started out as a receptionist. As the company was still relatively small having recently been established, I wasn’t overly busy with the admin side of things, so I started to get involved in sales. Two years later I was promoted to the sales team as a Sales Administrator, then a Sales Co-Ordinator followed by Sales and Marketing Co-Ordinator as I began to learn more about the business. I became the Sales and Specification Co-Ordinator three years ago, and I love It!  It is so varied and I enjoy being involved in the internal specification that makes a Millwood home stand out.”

She continues: “My role consists of a variety of different things, but most prominently includes the specification for each new home that Millwood builds.  Once we prepare to build a new site, I am asked to provide an internal specification for the development, which is then issued to everyone involved.  I then implement this specification into each plot brochure.  I also approve kitchen layouts, provide sanitaryware schedules and check bathroom, electrical and sales plans to ensure the specification is correct for each property.  Along with this, I provide pre-selection choices for all plots including kitchen, tile and Amtico choices, which purchasers are able to change dependant on build stage.  I am also responsible for dealing with purchaser extras, for example, additional wardrobes or patio area, kitchen alterations and flooring, which are all dependant on build stage.  I will either liaise with our commercial team or contact kitchen, sanitaryware and flooring contractors directly to provide quotes for the customers.”

“However, it isn’t all just about the specification. I also obtain CGIs for all plots we will be marketing on each development, and apply for street names and numbering for each site. In addition to this, I oversee sending data to In House, an external company, who carry out our customer satisfaction surveys.”

Since starting with Millwood in 1998, Jo has seen a huge shift in the number of women that work in the construction industry, not just in office roles but in site roles too. She comments: “There are definitely more women working in the industry now than there was 10 years ago or more, and I think that’s fantastic. Both women and men can bring new ideas and think differently to each other, so having a more gender-equal work environment can be really beneficial to companies. A more diverse workforce can result in broader ideas and different approaches to problems, which is really important in this sector especially. Construction has always been very heavily male-dominated, and I think moving forwards it would be great to see more female site managers and trade workers such as plumbers or electricians. We do see them occasionally, but it still isn’t really the ‘norm’.”

Speaking on why she has chosen to work for Millwood for so long, Jo comments: “Millwood is just such a fantastic company to work for. Since becoming privately owned by Places for People, we have received even more staff benefits and we are looked after extremely well. I think everyone that works for Millwood just loves the product too. All of the homes we build are of an exceptionally high quality, and they really stand out from the rest.”

She concludes: “The next steps in my career will definitely include watching Millwood grow and develop. I would love to say that I have worked for Millwood for 30 years, so I would really love to still be working here in six years’ time, to reach that milestone. Moving forwards, I would love to lead my own team if the opportunity ever arose, but for now I am just enjoying working and being part of a team that builds such beautiful homes.”